It recently came to my attention that my favourite book series, Chaos Walking, by Patrick Ness, is being adapted into a movie that will come out in 2020. They announced the film back in 2017 but due to reshoots, the release schedule was delayed until 2020.

The Chaos Walking film will be based on the first novel in the series, “The Knife of Never Letting Go”.

This news brings me to a point of both delight and terror, as we all know by now that adaptations can either go amazingly right or awfully wrong. But, I see glimpses of hope as the cast seems promising, with Tom Holland as Todd Hewitt and Daisy Ridley as Viola Eade. Plus with more recent successful dystopian adaptations, such as the Handmaid’s Tale, there is some hope that modern literature to screen adaptations haven’t all gone to hell.

For those who haven’t heard of this series before, you must check it out. The first installation of the Chaos Walking series, “The Knife of Never Letting Go”, published in 2008 and written by Patrick Ness, is a book that I can list without hesitation as one of my top ten.

When I first read this book I was still in secondary school, and with my school library book club I actually went to the Carnegie Awards where this book was announced as a shortlister.

It is a thrilling dystopian novel steeped in science fiction. It has the most humane characters, with thought out backstories, with interesting yet understandable aims and actions which make for brilliant character development.

The story sends your imagination on a thrilling adventure and you simply can’t put the book down once you’ve started.

Due to his excellence, Patrick Ness maintains these beloved characters and this thrilling pace throughout this trilogy. 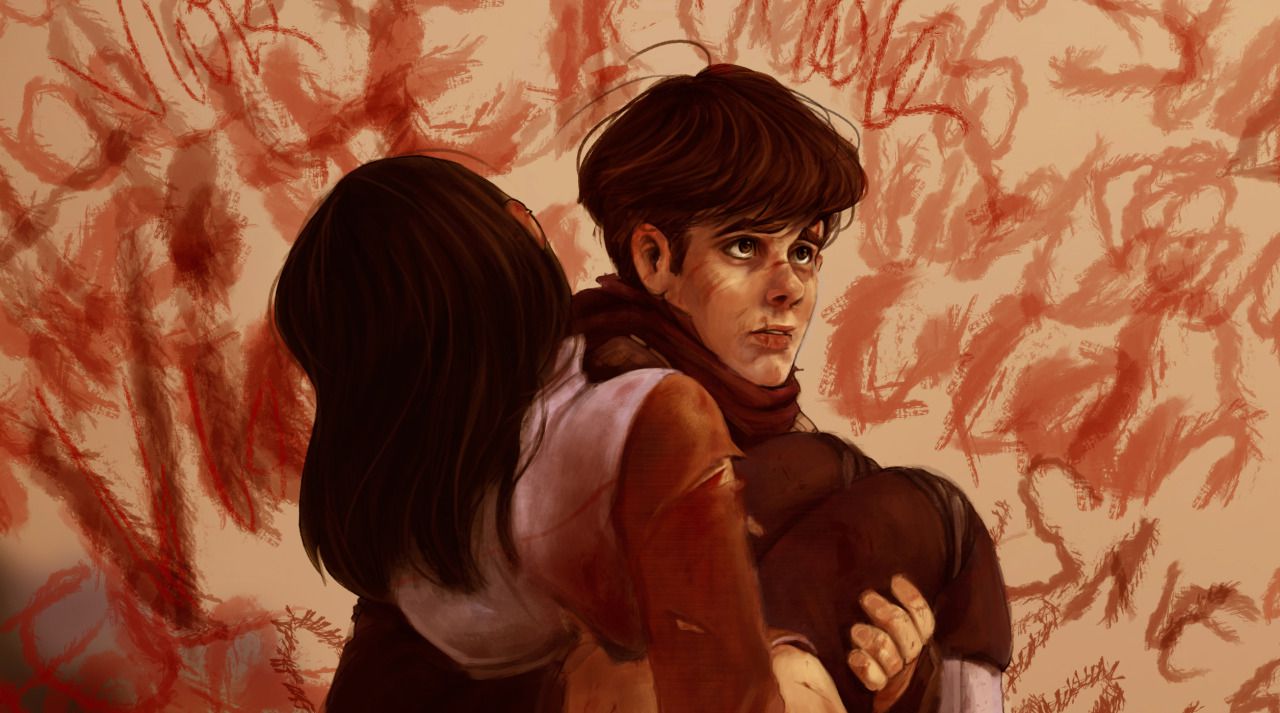 The Chaos Walking series is set in a dystopian future, one where humanity has left Earth as it is no longer habitable. Seeking a new and better life, similar to those that immigrated to America in the early days of its discovery, people travel in space ships to find a new home similar to Earth. They come across a suitable planet, The New World, and decide to make it their home, however this planet has natives. History repeats itself on different grounds, the same way the west colonised Africa, or destroyed the Native Americans, a war is started with the Natives of this planet. Humanity invades and settles in.

Strangely on this planet, the thoughts of men can be heard out loud, there is a constant noise and the only silence can be found with women.

The natives are known as the Spackle to the Humans but amongst themselves they are called The Land. I find the Spackle to be the most interesting feature of this dystopian setting, because this racism towards them that exists in this novel is very human, it is very possible. History shows us that humanity loves to segregate, to capitalise on differences and nationalities. Discrimination and prejudice exists amongst our own species, who is to say that if we came across Aliens we wouldn’t do the same.

The harsh treatment and ruthlessness from the Humans who have invaded The New World towards the Spackle, reflect the treatment that goes on even today in modern racism, and Ness perfectly reflects these historical truths and shows the irony of this scenario within this setting.

The actual story begins many years later after the humans have settled. Teenagers such as Todd Hewitt, the main character, have no knowledge of Earth and have lived in The New World their whole lives.

The Humans live separately from The Spackle and there is a history of bloodshed and hatred between both sides. Mysteriously, in this new era and in the towns, no woman can be found.

Todd Hewitt discovers a patch of silence, a girl named Viola, who has just landed on the planet. Silence, to Todd and his town is weird and dangerous. He is forced to flee with her and go on an adventure.

Through the complex narrative of Todd (first book), then Viola and Todd (in the second book) and Viola, Todd and The Return (in the third book), we’re pulled through a series of wars, gender politics and blurred lines between good and evil.

My Thoughts about the film

The film is being directed by Doug Liman, from what I know about the Director he’s done projects such as ‘Mr and Mrs Smith’, ‘The Bourne Identity’ and the ‘Edge of Tomorrow’, all very spy orientated fast paced films which I have thoroughly enjoyed watching during most of my childhood.

He is a good Director and I have seen most of his projects, and I’ve liked them, so fingers crossed he captures the brilliance of the Chaos Walking Trilogy.

Overall, I’m quite optimistic about this adaptation, and it’s a movie I’m looking forward to watching in 2020.